The Low Carbohydrate Diet – A Personal Experience by Ced Wells 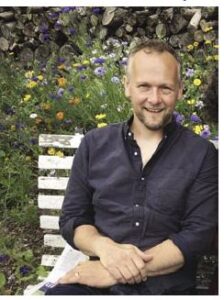 I have lived with Type 1 diabetes for 27 years. To be completely honest it is a condition that I have struggled with, sometimes ignored and it hasn’t always been well controlled.

But in March 2019 I discovered something life changing. I embarked on a low carbohydrate diet that has radically improved my blood glucose levels, cut out most of my daily injections and given me an energy that I haven’t experienced since I was much younger.

The change has been remarkable. I clearly remember the day I was first diagnosed aged 15. It was a Friday afternoon during the summer holidays. Mum had just returned home from the doctors surgery with results from a urine sample they’d requested from me. She said nothing but I knew something wasn’t quite right. She tearfully told me I had diabetes.

About four weeks previous we’d been camping in the New Forest as a family. The weather had been hot and muggy and one evening I was walking to the shower block when a bolt of lighting hit a nearby tree and I was knocked to the floor. I was shaken but I pulled myself up and returned to the tent. What happened in the following weeks was peculiar but I didn’t think much of it. I lost two stone in two weeks and I had an unquenchable thirst. I would drink pints of water only to see it pass right through me. I felt weak and delirious and finally my mum called the doctor who requested a urine sample.

There was no family history of diabetes and it was put down perhaps to the shock of the lighting strike. I was referred to the newly opened Dr Baksi clinic at St. Mary’s Hospital who educated me in what diabetes meant and how I was going to have to control it from then on.

Initially, I took it all in my stride and rather enjoyed the challenge. Finger prick tests, balancing carbs with insulin and all with an understanding I could eat most things providing I gave myself the correct dosage of insulin.

I started keen and was reasonably well controlled for the first few months but the novelty soon wore off. I was young and entering my second year of GCSEs. Student life was busy and I quickly forgot to look after my body.
Over the years I have had short periods of tighter control but I have never found a method or diet that has lasted more than a few weeks. My average HbA1c would sit anywhere between 9-14%. I remember my all time best was 7.4% after following a particularly strict diet and regime of yoga. It didn’t last.

While small changes may have helped me control my HbA1c slightly from time to time nothing lasted and it never seemed to suit my lifestyle. I tried many things but ultimately, I buried my head in the sand. I would return again to old habits and my badly-control state. I had a constant feeling of guilt and shame at not being able to control my levels. As I entered my 30s I found I lacked energy and found it difficult to concentrate. My fluctuating glucose levels left me feeling foggy and tired.

It was in the Autumn of 2018 when I came down with a particularly nasty bout of the flu. It knocked me for six and I took weeks to recover.

I felt, I really needed to change something and in December 2018 I was put on a trial for the Freestyle Libre to help monitor my levels.

Almost immediately, I could see what was happening when I ate: a spike in blood glucose after consuming carbs followed by a crash dropping to Hypo levels.

My blood glucose was yoyo-ing all day every day. Whilst I knew this was happening to a certain extent I had no idea it was this extreme.

I had heard about the low carb diet online and investigated it some years earlier but had never had the courage to try it and so stuck to what I knew. But then I had a couple of conversations with Dr Arnez at The Diabetes Centre which planted a seed. It was while away on business in France I happened to pick up the only English book in the Air B&B we were staying in: Dr Bernstein’s Diabetes solution. The book talked about a low carb diet. It seemed so obvious. Eat less carbs, inject less insulin and avoid the spikes. Dr Bernstein is a Type 1 diabetic who was diagnosed at 12 and went through many years of ill health before developing the diet and turning around his control reversing many of the effects it had had on his body. He is now well into his 80s and has built up a wealth of knowledge on the subject. As I read through a section of testimonials from his patients on low carb diets I was struck by how similar some of the stories were to my own. I started thinking If it worked for them then surely it could work for me 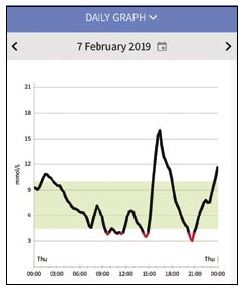 On my return to England I decided to bite the bullet and cut the carbs. With direction from the team at The Diabetes Centre. I carefully reduced my short acting insulin (Novorapid) while retaining my long acting insulin (Tresiba). The first few days felt strange but the effects were almost immediate. With fewer carbs in my body and a no short acting insulin my levels plateaued. The spikes all but disappeared. Over the following six weeks my body started to adjust to normal glucose levels and burning fat for energy rather than using carbs. The sensation was unusual to start with. I felt a li????le light headed but overall had more energy. My brain fog lifted and I suddenly felt clearer in my head. I lost weight. Not vast amounts but enough to feel lighter and more energised. 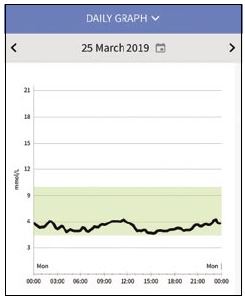 The diet itself means I consume no more than 20g of carbs a day. This cuts out bread, pasta, root vegetables, many fruits and of course any sugar. But the diet does include meat, eggs, cheese, nuts and fats and green veg (the general rule with veg is if it grows above ground and is green you can eat it!) On the surface it sounds restrictive and while it does take a time to adjust I findfood is much taster and I don’t get hungry or have cravings like I would when eating carbs. I will now sometimes only eat 2 meals a day simply because that’s all I feel like.

Eight months since starting the diet I can genuinely say I have never felt be????er. I inject just once or twice a day (long acting Tresiba with a very small occasional top up of Novorapid). Physically I feel great with a spring in my step.

I can concentrate for longer periods and I feel clearer in my head. From a mental health perspective I feel much more positive and generally more relaxed. My HbAc1 is now averaging just above 6%.

There are naturally still things I’m working out. Eating out can be tricky but providing I stick to simple dishes it’s usually not a problem. Thankfully many restaurants these days cater more for those with dietary requirements. Also when exercising I find my blood glucose will rise slightly so I need to ensure it is on the lower side before starting out.

My only regret is I didn’t discover this way of eating sooner. Giving up bread and pasta is a small price to pay compared to how much better I feel and I can happily say I’m no longer ashamed of living with diabetes.

Resources that have helped me:
First and foremost it is important to speak to your doctor or nurse at the Diabetes Clinic if you are thinking of embarking on a low carb diet.
Dr. Bernstein’s Diabetes Solution – A complete guide to achieving normal blood sugars.
Learn from the master! An excellent resource. He also has a brilliant channel on Youtube.
www.dietdoctors.com – This has been a lifesaver! It talks you through a low carb or Ketogenic Diet and covers many of the questions you may have. It also features 100 recipes with suggested meal plans. The food is tasty and – best of all – when you create a meal plan it will automatically create your shopping list. Easy!
Facebook Type One Grit Forum: Fellow diabetics following the low carb diet.
Facebook The Diet Doctor Group: Extra recipes, questions and some good testimonials